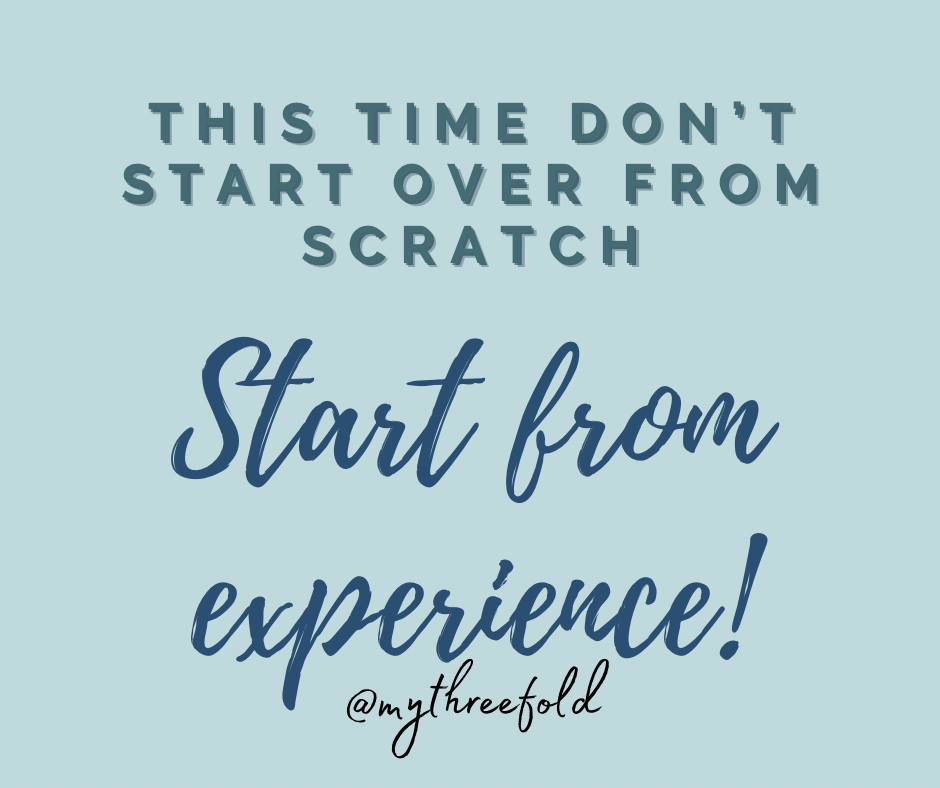 It’s been a hell of a week. I don’t want to say ‘Hell Week 2022’ because that’s like a challenge to the universe and it’s only February! I’ve been through the ringer this week, between hiding the hospitalization of #3, fighting through those feelings and dealing with the domino effect this trauma talk triggers in all of my threefold and I, my vehicle breaking down, working to distract myself, and my court chaos with the ex, I felt like I wasn’t going to make it through this week.

I felt on the verge of a mental breakdown last week when I admitted my daughter, #3, the youngest of my threefold. I am hiding that from my workplace not because I don’t feel like they would be supportive or understanding, but because I am up for this promotion and I don’t want to get the label of ‘single mom who has too much on her plate to be as committed as this position requires.’ I know I would get that label for sure. I’m more qualified and capable than even the last manager was, I know that I can excel and don’t need more stigma standing in my way. I am ready to move up, and I know my worth. Time to add the tax to that and take my place. I earned it.

I love my day job. Don’t confuse that with the fact that I would not leave in a heartbeat if I could support my family on writing and content creation, but right now that’s not feasible. The starving artist isn’t a good path when the ones starving would be my threefold. They’re growing girls and they have a grocery bill that’s higher than a car payment each week! I’ve used work as a distraction. I’m good at my job and it’s busy so I can easily get lost in it. I love that I leave it all at the door at work and escape to a place where I shine just being me. That’s true for writing and for my day job.

I got my truck out of the shop {1k later and a new fuel pump later} I realized a few years ago not having my own ride would have not bothered me at all. Now I’m so much more independent and I love it. I drive everywhere. Ruby and I are going to stick it out longer. She is bipolar too so it’s important she take her meds and I need to be more mindful of her needs so she doesn’t have a breakdown again soon.

I’ve been really hard on myself this past week in more ways than one. My self talk has been negative. I haven’t been meditating or manifesting much. My goal getter book has been empty when usually I would’ve had my goals laid out for the week. My sleep has been sporadic. My mood has shifted more often. My self care went to nonexistent. I’ve been isolating and not really in the mood to do much of anything. I tried to keep it together. It’s been really freaking rough though. This depressive episode is not near as intense as the last one but when you’ve been in a good place for a while the down feels deeper. You just want to snap out of it. Unfortunately bipolar doesn’t work like that. Instead it means med adjustments and pushing yourself to keep going. I can’t give up or give into the darkness of it. My threefold needs me to be their strength and their rock. Not a mom in bed or hiding away so they don’t see it. They know what’s going on, because unfortunately it’s like a domino effect. They can mirror my mood as I mirror theirs and those of others. I need to move myself out of this darkness.

This domino effect as I call it has resulted in depression symptoms and anxiety for everyone else. It’s also not good because no one wants to be the cause of any additional chaos. Especially when it’s obvious I’m in stressed out anxiety mode right now. This makes my threefold feel like they can’t ask for support or talk about their own feelings because they don’t want to worry or upset me more. One thing I had hoped we learned was that shoving it down and hoping the feelings subside on their own rarely works. Especially when the feelings and thoughts are intense. This led to issues across the board this week. we’ve got to move away from triggering these episodes in one another. It’s gonna start with my personal movement.

#1 of my threefold {the oldest} expressed she felt like I was too busy with everything going on with #2 and #3 that I wasn’t giving her the proper attention or focus that I should. She expressed her feelings and I was grateful she did. It is difficult to split focus when you have three and give them each what they need. Especially when they each have varying needs and those needs can change in a matter of minutes it seems like. I want to give her that security, but I also know that she will be making her own big moves soon. With her 18th birthday fast approaching I know that her independence is also going to be tested and she needs to show she can make some moves solo.

#2 of my threefold relapsed. I cried until I could no longer feel it. I’ve been so watchful and mindful ever since the beginning of her journey. She had eight months free of self harm. She was in an amazing place in her recovery for so long. She worked so hard for those eight months. Then within moments it was gone and that made both her and I feel like we were f’ing it all up. She was triggered by the increased trauma talk, the self harm discussions, mentions of suicide, and being on this side of the hospitalization equation. The guilt she felt for being hospitalized for 17 weeks last year was overwhelming. She saw me at my low, and when you’re inpatient you don’t see what is happening to your family. You don’t see the stress, the tears, the anxiety and the hurt. She saw me and realized how awful it must’ve been for me. Instead of that fueling her motivation, she allowed that guilt and remorse to eat away at her. That same guilt that my behaviors and my inability to keep it all together for my threefold is heavy on me right now. I’m trying. Everyday. This trauma drama bipolar momma bear life is hard on me too! I’m not cured of mental illness, therefore I can’t expect them to be either. we will move past this hiccup. It doesn’t negate her work over the past eight months. Im still proud of her and this time I was able to better handle my reaction and response.

I’m crossing my fingers and my toes, {and my legs because I’m a damn lady,} that Tuesday #3 of my three will be discharged. I miss her with everything in me. It’s too quiet. I’m used to her loud ass tv, the TikTok dances, jump roping, karate practice and the echoes of her laughter {or arguing} from the kitchen. I miss her fighting me to go to bed and to wake up. I miss her silly stories about school and seeing her light up as she tells me about her positives for the day. I am ready to see her face and hug her. 10 days inpatient for a 10 year old. She has never been away from me this long. Having five minutes each night to recap the day is not near enough for a mother with her child. I want her home so I can have every minute I want. Im ready for her and I to move into a direction where she knows that she is loved, supported and that she is an important part of the lives around her.

Court is finally over. I hope. A settlement is on the horizon. I refused to backdown and allow him to make decisions for my threefold. That’s a decision I will stand behind. Supposedly he has accepted that and I have agreed that settlement is going to be a much better route if possible. Now I wait for the final signatures and the freedom that those papers will give me. A chapter my threefold and I have been unable to move on from for two years. It’s well overdue. This is our chance to move on from the past and move into the future…stronger…together…in hope.

Thank you for reading my current state of the union address for my threefold and I. I’ve received many messages requesting an update with shows of support and love. Thank you so much! You will never know how much those little messages make my day.

I’m glad to be starting off a new week. I’m hoping this one has more ups than downs and more happy than sad. I’m hoping we have less trauma drama and more trauma talk. I’m hopeful, which is something I couldn’t say this time last week. I’m hoping that some relief from the stress and the strain will mean that I am able to lift some of this heaviness off me and focus on the future for my threefold and I. Move on, move up, and move into the next chapter of our lives. Stay positive! We’ve got this! ☮️❤️😊~M