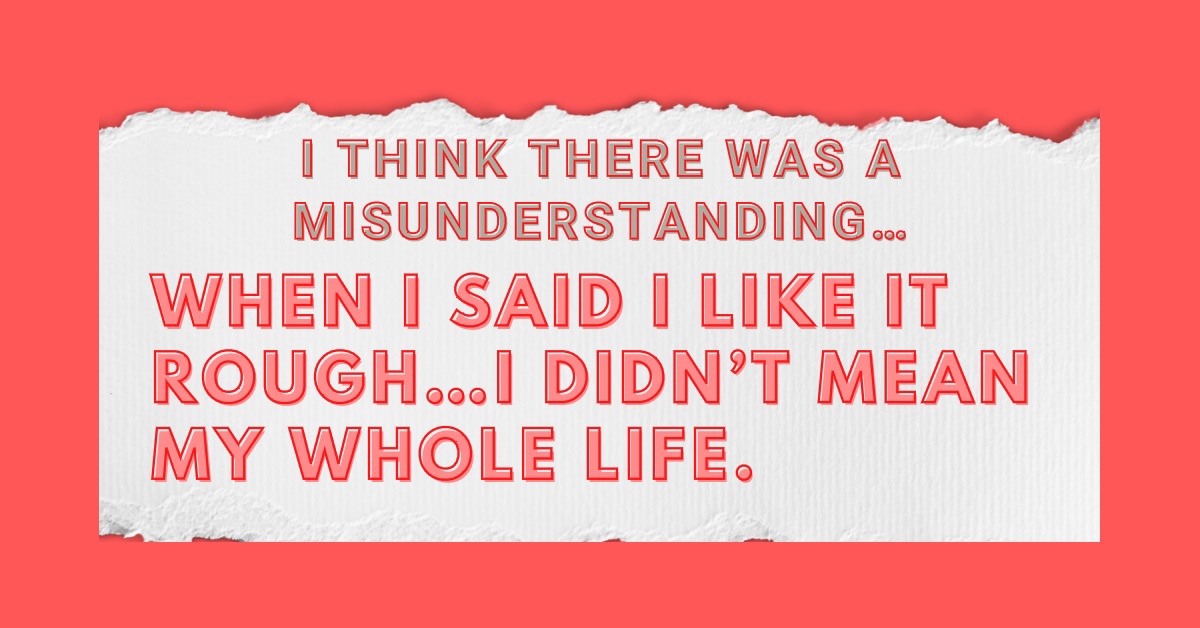 I’m only a week overdue for posting the update I promised! Summer has come and nearly gone, but the moms out there trying to mom mental illness, mom it solo or even semi-solo, mom through it all, no matter what. We’ll ALL moms know breaks are for everyone else, but you rarely catch one. For me breaks are few and far between. Sometimes, you would consider a psychotic break comforting. After all, it means disassociation, detachment from reality, some sleep, and three meals per day where YOU didn’t have to think about it. Then there is that whole meds, people wondering when the next episode is, and everything that would be left undone. Nope, not worth it!

I am proud to say that, no, my threefold and I, nor ‘E’ or my bonus kid have suffered from any major breakdown nor has there been setbacks. That’s right! It’s been a rough summer for my threefold. More difficult than I had hoped for, however they have progressed in ways I never thought I would see. I couldn’t be more proud and relieved to know that we hit a very bad time, but we were able to see it through to a path that didn’t involve inpatient or injury to self, property or some major crisis. However, that hard time was the closure of a chapter for all.

I wanted a Disney movie wonderful summer of family fun and kids enjoying marking items off of bucket lists. I wanted us to enjoy our lives after I had watched my aunt bury 2 of her sons at 33 and 29, my cousins, 2/3 brothers, the kids I grew up with and people who hadn’t even had the chance to have their own family yet. We needed to remember that while we still have life. We needed to live it.

I wanted my threefold and I to spend some quality time together without the stress of the previous school year. I needed to have those memories and I thought that’s what they needed too. I had hoped for vacation time and for all of my family to reconnect on a level that said “this is the good life.” As a response, life said my plans were not the same as life’s. Apparently we needed something else to overcome. {eye roll}

This summer was hell and I don’t mean just the heat, these demon bugs we call mosquitoes, or the fires that were sparked by my anger, anxiety or my agitated mood. I had too much going on and my focus was not in the home. It was definitely not on me. It was not on ‘E’. BOTH of our vehicles broke down. Financially we were still trying to recover from February and March’s medical bills of the over 10 weeks of inpatient and partial hospitalization we have already had between #2 and #3 of my threefold this year. Not to mention the 17 weeks we were still working on from the previous. As it always seemed to be we were struggling.

I was stressed to the point I wanted to snap. I was impatient with my threefold, sitting and scheduling my life away from them while home, and so out of my depths. My focus was frazzled, fried, and finally furious at the circumstances I was in. I felt I was being oblivious to an obvious problem, overworked, overwhelmed, overlooked and finally I was OVER IT!

I was ready to say “I’m done!” As my workload increased to that of a person expected to wear every hat of each position like a seasoned executive who wrote the rule book. I was trying to do the job of my superior, my support staff, be my own assistant, trainer, lead designer, sales superstar, the best, and I suddenly hit a wall. I decided to resign.

I had a staff who was overworked and overwhelmed. I had great people. In addition, they were trying to help . I asked myself why was this becoming such a nightmare. and it hit me. I was trying to save a boat that was sinking and everyone was about to jump ship. Why?

We have had high turnover for a minute now. My people didn’t quit. They grinder it out. They liked me…right? Well, I am likable, funny, driven, and have the memory of a person that will never forget about things that are really important. I’m just trying to hard or doing something wrong. I was trying to make people happy. It wasn’t the job. It wasn’t even me. It was the chaos that had come over the castle. I was merely coordinating chaos, and not correcting the issues causing it. Maybe, if I resigned it would be the white flag of surender saying I can’t manage the mess.

My fairytale summer was shattered with my DIY crash course that I called “combat training”. I was battling the war at work and not only just promoted to a role as assistant manager in March, but I hadn’t been trained on how the processes to correctly handle the job. I had no idea that I was making things worse by constantly covering for my missing commander and chief. My loyalty and love for him and my livelihood depended on me finding the fix to any problem and showing my people I was the company woman who could handle anything. Even if I was I second guessing my every move. I knew my confidence would see us to calmer coexistence we all needed. I lied.

My stress was making me sick. I had lost another ten pounds. I was not eating, not sleeping well as my mind raced at night wondering what did you forget. In addition, my usual routines all halted. Self care was non existent and my tolerance for other people’s problems went to the bottom of the list. However, I kept pushing. Something was going to have to give.

I decided to part ways. I was ready to resign. It was obvious that I was allowing yet another person take advantage of me. I wanted to give back what I was given, but I was becoming someone I didn’t like. I was becoming an angry person who hated coming to work because I was going to have another day of covering for someone else I cared for, covering for the man lying to everyone, and someone refusing to admit there was a problem. I was watching my past repeat in a work environment. I couldn’t allow myself to be broken and to become cold living in a hell I could escape from. I needed to stop the insanity. I was at peace with that.

I had come to terms with my decision and turned in my resignation letter with a final lie. My lie said I had found employment that would allow me to be home more and present for my threefold. It is the only lie I felt believable enough that they wouldn’t put up the fight for me to stay. My tears had poured out of me writing that letter. I was devastated that it was a chapter that I never thought would end. At least until I funded my life as a freelance writer, designer, marketing guru, Facebook money mogul in the blogosphere of moms or whatever other dream that will one day create independence from a standard 8-5 job.

I loved this job. It was my break from my personal issues outside of there. I am awesome at this job. I am too good, actually. I am overqualified and I’m beyond grateful for that. I loved everything about my job. That was until I took the place of the man who walked out of this position before me. Red flag, maybe, but I saw my opportunity to step up. In that opportunity I sacrificed the thing I said I would not overlook again with a promise of more and a hope for the future we deserve. My threefold.

I had worked my butt off, literally, for this company. I felt I owed them after they moved mountains for me last summer to make it where I could be a mom and also have the place I could put that part away just for a bit and do something I loved. I was ashamed of my behavior. I was saying we needed more money than my own family needed me. A struggle any single mom knows.

Instead of staying with #2 at the hospital and going to the inpatient facility where I was needing to admit her again, I left her room in tears as she said “mom, it’s ok, you can go. You have to.” Did I? Well I needed to be in two places actually three, but I needed to not lose a promotion due to my personal life, because money had to become a larger factor.

We all need this to happen. I convinced myself I was doing the right thing. I know now she will always tell me what she thinks I need to hear in moments she thinks could be a burden. I was just blinded by a loyalty to a person who would use me and then replace me to save themself but I had no idea. As I was leaving I thought if I don’t get this promotion this will be enough to make me leave. I’m sacrificing more than I ever would, but hoped it would be better if I could have more control of the chaos. I could calm it as I could change the climate and bring the commander of my crew back.

I got the promotion. The promises of change once our mid year inventory was over and the crisis at work calming down were as empty as any promise before. After deciding not to get blindsided by the brother who was thriving at this company, the man I fell in love with at this company and a few coworkers who had weathered this long hard season with me I was ready to make the move. My boss put up no fight or said any words of why I should stay. Instead, I was left thinking maybe he wanted me to leave. It was easy and unemotional. I was a mess about this, but me maybe I was just “replaceable”. I promised to help the next person as much as I could before the end of my notice in two weeks and was relieved. July would be the month that made our family reconnect and we could have some real quality time as a family. Again another storm brewed and I wouldn’t allow us to chase it anymore.

Little did I realize it was only the end of June and the chaos was fixing to get uncovered and everything was about blow up. I couldn’t have a summer break, I couldn’t afford a summer breakdown, we weren’t going to get a summer vacation that involved connecting and making the good memories of a life we were building and we had sacrificed for. This wouldn’t be the summer we deserved. It would be the summer that I found a way to breakthrough our barriers. It was the beginning of the new life. First we just needed to commit to weathering this summer storm and that was hitting us right at home.