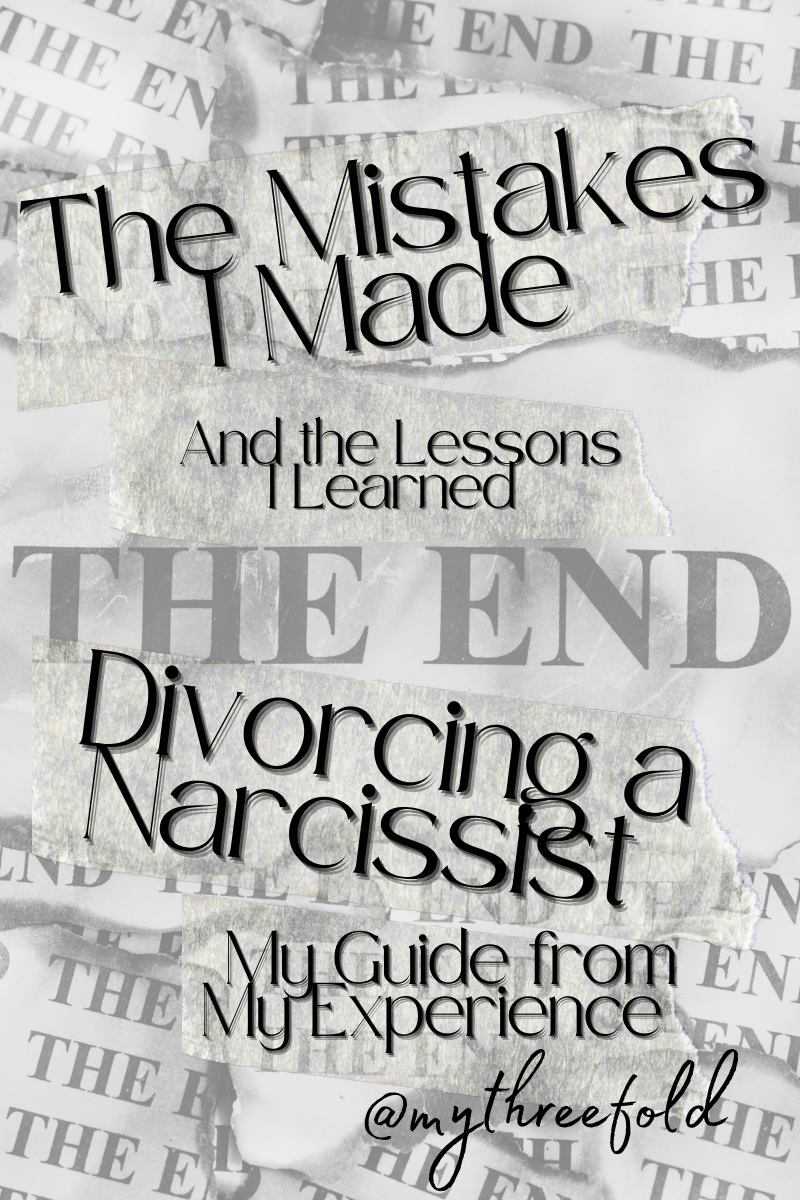 The marital dissolution agreement is signed. Every detail has been attended to and it’s all wrapped up. Well I thought it was. I agreed to give everything up. I wasn’t trying to fight over anything. I even gave up back child support and have agreed to keep ongoing payments of child support at less than $75/kid {so yea less than $225-3 kids} I don’t want money or things. The only thing I am fighting for is my threefold.

Everything was set and the parenting plan was arranged and worded to make sure that my threefold could continue with recommendations from their respective treatment teams and abiding by their safety plans. I want my threefold to be taken care of and I’m the person that takes care of them. Every therapy appointment, every doctor or dentist appointment, the medication management appointments, I’m the one making each one and taking them to those appointments. Every school function, parent conference, open house, performance and awards ceremony, I have been in attendance. I’ve planned the birthday parties and mended broken hearts. I’ve called hospitals twice a day when inpatient. I’ve never missed a phone call or a visitation. I buy the clothes, shoes, school supplies and everything else they need. I’m the one at family dinner talking about their days. I help study and fill out college applications. I do it all, with very little help from him. So why is he fighting now?

My ex has pushed our court proceeding seven times. SEVEN. Each time he has played the victim. First he filed for full custody so I was forced to contest. Then he wanted 50/50 and I agreed. That wasn’t good enough, he needed to fight. Next it was he wanted to fight over a car debt that was repossessed because he stopped paying for it after we split. Then my retirement benefits that he feels entitled to. Then my truck that he wanted that I was given as part of a severance from the company I worked at for ten years. Then he said he was trying to care for his ailing grandmother and couldn’t get a job. After all of that he said he needed treatment for his mental health, but never got treatment. Here I am two years post separation and he now decides he wants for us to make decisions jointly on education, healthcare, extracurricular activities and religious upbringing. I don’t think so. Two years I’ve played nice. I’m done being railroaded and giving in to keep the peace. If he wants to fight me on this I will fight.

Let me explain. This isn’t a control issue. I don’t want ultimate decision making just because I’m being stubborn and don’t want to compromise. I want sole decision making rights because he doesn’t see two of three girls at all. He doesn’t contact them and has nothing to do with them. They ‘turned on him’ and told the family secrets about the abuse had endured. The girls {the oldest two} refuse to subject themselves further. Guess what? The judge granted the girls that right of refusal. the youngest of my threefold sees him four days per month. Four. The court ordered that he seek continuous therapy and provide documentation to the court of that treatment to be allowed his four days. The remainder of the time she is in my care.

Tell me how someone can make decisions for their children when they have no clue what goes on in their lives day to day? How can you handle making decisions when you don’t even know what medication they take and why, what their diagnoses are, or who their teachers are or the classes they take? Not only can he not tell you the teacher’s name of our youngest’s 4th grade class, he can’t tell you what grades the girls are making in school. I’m not giving in, not on this issue.

Tomorrow I am supposed to have court. I’ve been pleading for this to be finalized for over a year. I’m not sure what tomorrow will bring. I could get a settlement, a finalization or yet another continuance. This is happening amidst my youngest being hospitalized for C-PTSD and major depression. This is on top of my truck breaking down and scheduled to be towed in the morning. This is all happening while I’m up for a promotion at work. I owe $2000 to the hospital for treatment. Right now I’m on my last dollar. I’m doing everything I can to keep this whole family together. He is doing nothing except stirring up more problems. it’s his goal to see me suffer and pay for leaving him.

My ex is a narcissist. It’s a fact. That’s not speculation. I’ve had two different mental health professionals tell me he is a narcissist. He doesn’t want full custody or 50/50. He wants as little responsibility as possible physically and financially, but what he wants is power. If I were to give in and give him decision making rights he would fight me on everything. He would make sure that he got his say so. It would be something to hang over my head as a way to manipulate. When he gets angry he would find everything to disagree on and threaten me with court action. He doesn’t have a job, so he claims no income, but he has inheritance to live off of. He can’t pay child support, but he can buy a $30,000 motorcycle and guitars, guns, computer equipment and anything else he wants. He is manipulative and very psychologically abusive. He can slither out of a situation even when you think you have him pinned against a wall. That’s why I’ve chosen not to fight with him in court over the things I know are rightfully mine. It’s not worth the energy.

This fight, the fight for my threefold, is worth every bit of fight I have left in me. I won’t back down. I may lose, but I can’t give away their medical and educational decision making to someone who doesn’t have anything to do with them on a daily basis. I definitely won’t let that right fall into the hands of their abuser without telling the courts why he is unfit. I have nothing to lose by going to court except for time and more of my money. If it were anything else I would give it up to keep from fighting and drag this out any longer. I can’t in good consciousness let this happen without first telling our story to the court. In the meantime I’m going to try to stay positive. We’ve got this. ☮️❤️😊~M