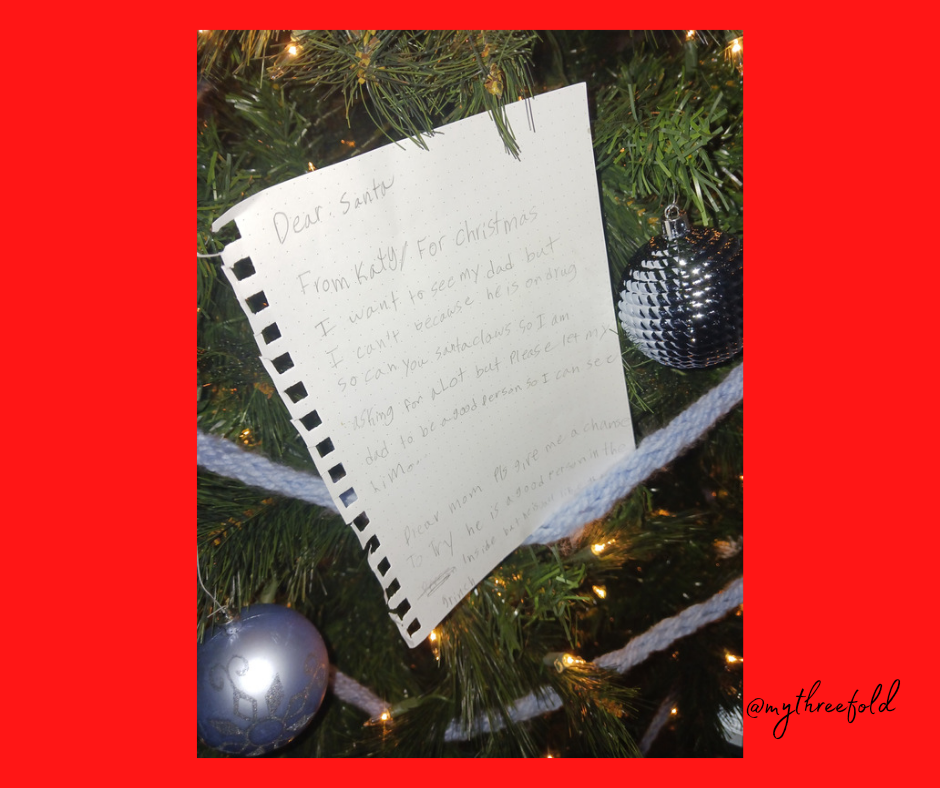 Dad is the REAL Grinch

My heart is broken. I am angry and sad. Tonight, my daughter {#3 of my threefold, age 11} wrote her letter to Santa. She admitted she wants a lot for Christmas, but what she wanted most was to be able to see her dad. This shouldn’t be a request, a gift, or even a thought. You would assume that it would be an easy Christmas wish to grant. However, it’s not. This is because her dad, is the real Grinch.

The man she calls dad is not going to see her this Christmas or any of the three daughters that bear his name. It’s sad. It’s sad, because while he lives and breathes and walks this earth each day, he has chosen not to be a dad. The calls are rare, the visits are nonexistent, and the manipulation is heavy. Instead, drugs and toxic cycles of abuse and manipulation are his legacy.

The man she knows as dad chose drugs over being a parent. He chose his own selfish desires over being a dad. He chose a life that has no place for children and no room for a relationship with them. Its sad. Tragic and heartbreaking. My 11 year old wants a dad that he cannot be for her or her sisters. She compares him to the grinch. Bad on the outside, but deep down he is good. However, no matter how much we struggle even in “recovery” he refuses to be a participant in parenting.

A year ago he had money to spare from his 100k  inheritance and sat unemployed. He smirked as he bought a new motorcycle, drums, camera, phone, computer and the list goes on.He went on vacation and to concerts. He bought drugs and partied regularly. Meanwhile, I struggled to pay our rent and buy Christmas for my threefold.

6 months ago, he had already pawned everything he owned. The one thing he had left was the car that he traded his 2022 Harley in for. That car became his home.
This man who had physically, emotionally and financially abused mythreefold and I called ME for help and because I wanted to be better, I helped. I checked him into rehab. Drove him to the facility and even bought him the things he needed. I housed his belongings and kept his friends updated. I had divorced him, moved on with my life, but still tried for my threefold.

After Rehab, I got him into a sober living facility. A week in and he left. He showed up at my door and demanded his belongings. I told him we were done. I stood strong as he towered over me in my own yard. I called the police and he left.

All of this followed by a week of hell and we were scared as he sat stranded without gas money just a few miles from our home. Finally, he was rescued by a friend and he left town. He had vanished 500 miles away to live with his younger brother on the opposite side of the state.

Months went by and we hadn’t heard from them. Last month, he began communicating with #3, the only one that still has affection for him. The one that still wants to believe his lies and sees hope in his darkness. The one that sees the good inside the grinch. I wish I could fix the bad, but I can’t. Mom is not made of magic.

Now, this. A letter to Santa. After 28 weeks of combined trauma care and crisis intervention for my youngest two daughters. I work my life away to provide the life we have. Up to 50 hours per week, side hustles, and resourcefulness. I don’t receive financial support from the government, nor do i get support from him. This is my hard work, blood, sweat and tears. Its that of the man that stepped up. This is 50k in medical debt, scrounging for grocery and bill money, a vehicle with a blown engine and prayers for a Christmas miracle that includes gifts under our tree. This. A gift I can’t give. The Christmas wish I won’t be granting. Although she understands, she doesn’t see how much I want to give her the dad she needs him to be, not the grinch he chose to be.

Per the request of readers & followers of My Threefold donations for My Threefold can be made via cash app $mythreefold or venmo @my3threefold. ☮️❤️😊~M 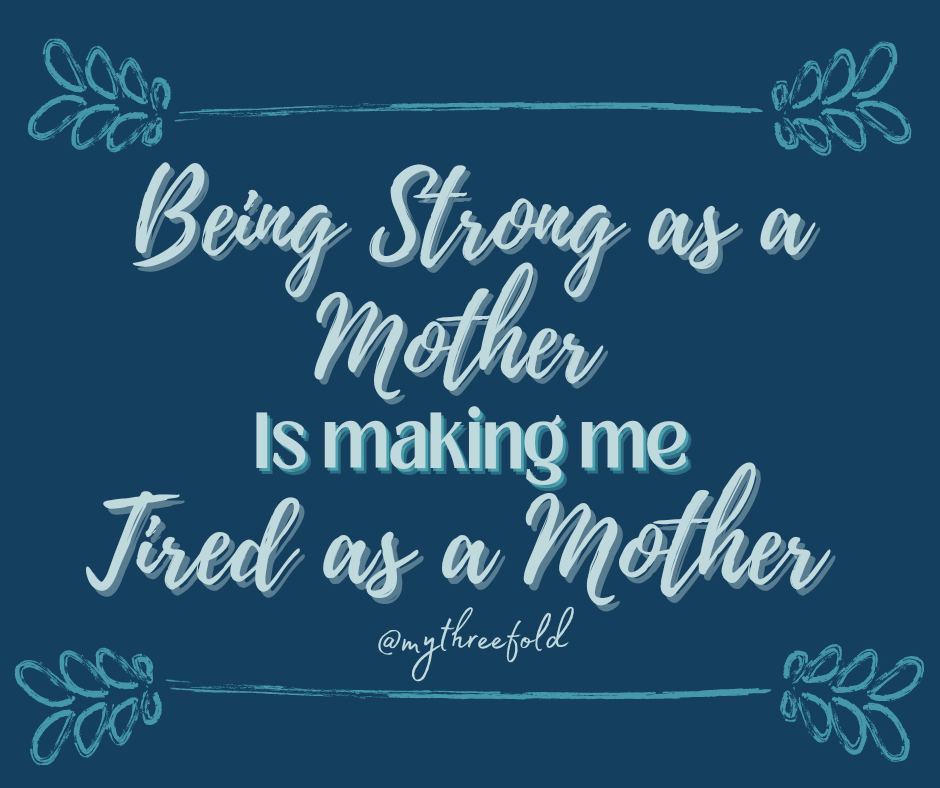 What I wish my kids knew? Phew. A LOADED question for most moms, I think. Mommin’ ain’t easy and my crazy train is on the bipolar express, which makes our lives extra complicated. I’ve got a list, so I figured I share it with my tribe. Ready or not. Here are all the things I wish my kids knew about me, their momma.

I’m not crying! You’re crying! Shut up. <sniffle> Don’t look at me! My experience, their lives, and our family gets me in my feelings sometimes. Not to mention, this momma is exhausted in every way imaginable. Between hospital admissions for 2 and now 3. To the new baby on the way. My vehicle deciding that she has had enough of us, and working all the damn time, it gets very hard.

One day, when these babies have babies they’ll get that we weren’t joking when we said mommin’ ain’t easy! I’m sure you have a few to add to the list! Feel free to share your thoughts on what I missed or missed the mark on! In the meantime, we’ve got this, all of us! Because, that’s what we do! ☮️❤️😊~M